The official trailer for The Hunger Games: Mockingjay Part 2 has been released and we couldn’t be more excited. Providing tech support for the youth franchise has been a pleasure! The trailer shows an all out war between the Districts and the Capitol, with Katniss and the soldiers of District 13 ready to battle against President Snow. Watch the trailer below and be sure to see The Hunger Games: Mockingjay Part 2 in theaters November 20th!!!

The Disney Channel has an upcoming original movie soon to premier! Descendants is a tale about the children of Disney’s most notorious villains, who are given a second chance of redemption in attempt to be freed from the Isle of the Lost. We truly enjoyed working with Kenny Ortega and his crew at our Studio City facility!  Check out the movie poster below, and be sure to watch Descendants, July 31st only on the Disney Channel!

HBO’s comedy series-turned-movie, Hello Ladies, is up for Outstanding Television Movie at this year’s Emmys! We want to thank Stephen Merchant and his production team for cutting at our Studio City facilities.                      Best of luck to you all!

Editors Sabrina Plisco and David Beatty are both up for Outstanding Single-Camera Picture Editing For A Limited Series Or A Movie for their work on History’s Houdini! We had the pleasure of working with the two at our Studio City facilities and enjoyed providing for their whole production crew. To Sabrina and David, we wish you the best of luck with your nominations and hope to have you back at    EPS-Cineworks soon! 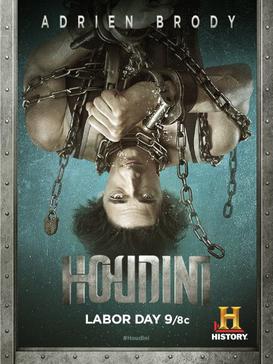 Supplying Key & Peele with all their post production needs is truly an honor! The comedy series is nominated for a few Emmys this year, including Outstanding Variety Sketch Series, and we couldn’t be happier! Editors Rich LaBrie, Christian Hoffman, and Phil Davis are nominated for Outstanding Picture Editing For Variety Programming. It has been a pleasure working with all of you and wish you the best of luck!

We are so pleased to have provided technical support to another Alejandro Inarritu film! Fox has released the first teaser trailer for The Revenant, which stars Leonardo Dicaprio as Hugh Glass, a frontiersman seeking revenge on those who left him for dead. Stay tuned for the film’s release date and check out the trailer below!

We want to thank The Finest Hours production crew for choosing EPS-Cineworks as their post production provider, you were a great crew! Based on an epic true story, The Finest Hours is a film of courage and adventure that everyone is sure to enjoy! After a pair of oil tankers are destroyed during a blizzard in 1952, the Coast Guard makes a dangerous rescue attempt off the coast of Cape Cod. Watch the trailer below and be sure to check in to see when the release date is shared!

Netflix has set a Friday, December 11th, release date for Ridiculous Six! The Adam Sandler film is among a few high-profile movies to be released on Netflix as part of their big push into feature film making. Sandler stars in this Western comedy along with Terry Crews, Jorge Garcia, Taylor Lautner, Rob Schneider, Luke Wilson, and Nick Nolte. Stayed tuned for more updates!